A 90s BritPop quiz is included in this week’s Weekly Blog.
Welcome to the weekly Blog, available each week on the Quiz On Demand website and as a PDF download that you can print and take with you. This week’s birthdays, a featured BritPop quiz, mid-week sport, this week in history, and some of the fab quiz questions that didn’t make it onto this week’s quizzes.

This week’s featured quiz is ten of the best from the awesome BritPop era. Please feel free to add at BritPop round to your quiz. The answers are on the PDF download version of this page (see below)

1      What is the surname of the Oasis brothers Liam and Noel?

2      ‘Female of the Species’ was the fourth single off which Liverpool band’s debut album ‘Spiders’?

3     Richard Ashcroft was the singer with which nineties band?

4      In the lyrics of the Pulp song ‘Common People, ‘She came from Greece she had a thirst for knowledge. She studied what at Saint Martin’s College?

5     Which Blur song shares its name with a Manchester music festival? 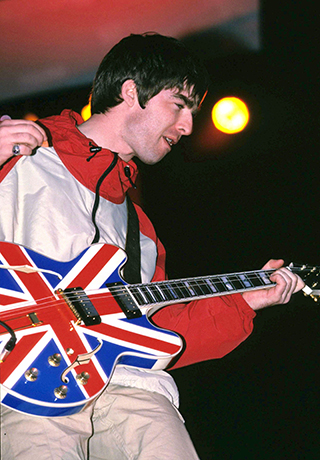 6      ‘Good Enough’ and ‘Staying Out For The Summer’ were which bands best known songs?

7     Which Brit Pop band formed in York in the early nineties?

9     Briefly known as Seymour, before opting for their current name?

10    Ocean Colour Scene’s ‘The Riverboat Song’ was used as an intro tune on which nineties TV show?

“I think men who shorten their name to Pat are missing a trick.”

“I worry the up-coming lettuce shortage is just the tip of the iceberg.”

How much should someone spend on a bottle of wine?
ABOUT 15 MINUTES

Which word begins with an E and only contains one letter?
ENVELOPE

What kind of coat is best put on wet?
COAT OF PAINT