It’s St Patrick’s Day this week and this week’s Blog includes a FREE St Patrick’s Day and all things Irish Quiz you can throw in as an extra round. Welcome to WEEKLY BLOG, available online and as a pdf download that you can print and take with you. Packed with additional content to assist quiz hosts, DJs and presenters.

Each week there is a Free Quiz you can include as an extra round or simply use as additional quiz content. So, here’ a fab St Patrick’s Day and all things Irish Quiz. The answers are on the PDF download, just click the download button at the bottom of this page.

1     According to legend, Saint Patrick used the three-leaved what to explain the Holy Trinity to Irish pagans?

3     Which Irish village became a centre of pilgrimage following the reported sighting of the virgin Mary in 1879?

4     Which Irish-built car starred in the ‘Back To The Future’ films?

5     Which bookmaking chain was founded in Ireland in 1988 when Stewart Kenny, David Power, and John Corcoran merged their 40 shops? 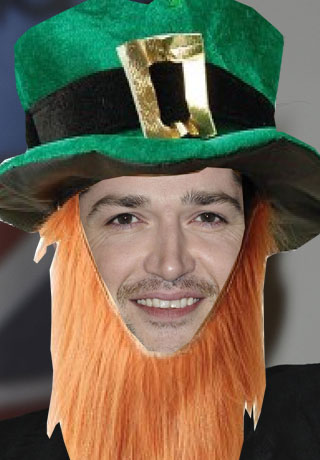 6     Which ‘Coronation Street’ character shares his name with an Irish county?

7     Which footballer is currently the Republic of Ireland’s most capped and all-time top goal scorer with 68 international goals in his 146 appearances?

8     Which TB is an area on the south bank of the River Liffey in central Dublin, popular with tourists because of its lively nightlife?

9     Which old Irish war song has been covered by The Dubliners, Thin Lizzy and Metallica to name a few?

I went to see a UB40 tribute act called ‘WD40’,
to be honest they were a bit rusty at first but got better as the night went on…

1972 ‘The Godfather’ starring Marlon Brando and Al Pacino had its premiere.
1976 Princess Margaret separated from the Earl of Snowdon.
1978 Supertanker Amoco Cadiz ran aground off the coast of Brittany.
1985 The first Internet domain name, symbolics.com was registered.
1990 Mikhail Gorbachev was elected as the first President of the Soviet Union.
1996 Sixteen children and their teacher died in the Dunblane massacre.
2008 Paul McCartney and Heather Mills were divorced.
2010 Sacha Baron Cohen married Isla Fisher.
2018 Stephen Hawking died.
2019 Boeing grounded their 737 Max aircraft following the plane type’s second crash.

Which letter of the alphabet flies, sings, and stings?