WEEKLY BLOG wk39. There is a fab Pirates quiz you can throw in as an extra round. Welcome to WEEKLY BLOG available online and as a pdf download that you can print and take with you. Packed with additional content to assist quiz hosts, DJs and presenters.

Here’s a fab Pirates Quiz. The answers are on the PDF download version.

2      The song ‘Yo Ho (A Pirate’s Life for Me)’, was written by George Burns for which Disney attraction?

3      Pirates are generally associated with which pets?

4     Part of the Diageo group, which spirit brand founded in 1944 is named after a 17th century Welsh pirate? 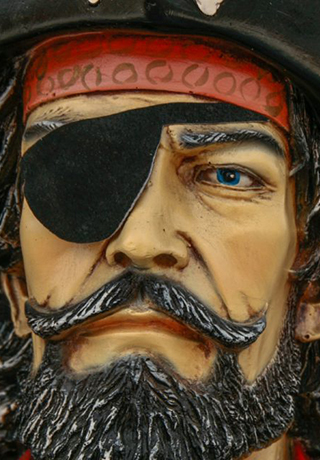 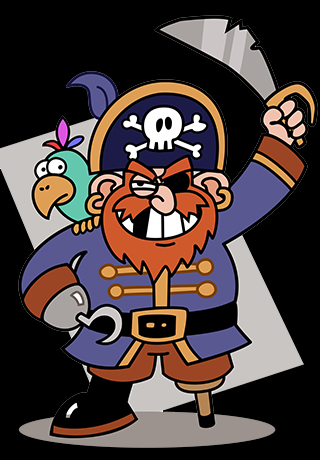 6      Which animal pursued Captain Hook since eating his hand that was cut off by Peter Pan?

7     Which ship was captained by Jack Sparrow and then by Hector Barbossa following a mutiny in ‘Pirates Of The Caribbean’?

8      Which early 18th century frigate became the flagship of the pirate Blackbeard?

9      Which town is home to the Pirates speedway team?

10    Will Turner married which character in the third ‘Pirates of the Caribbean’  film ‘At World’s End’?

The Police arrested me for stealing a hay-making machine. Anyway I’m out on bail.

I’ve started meditating. Well it beats sitting around all day doing nothing.

My laptop started playing songs that made me cry. Then I realised its a Dell.

1580 Frances Drake sailed into Plymouth after completing his circumnavigation of the world.
1829 The first units of the London Metropolitan Police appeared  on the streets of the UK.
1888 National Geographic magazine was published for the 1st time.
1902 Beatrix Potter’s ‘The Tale of Peter Rabbit’ was published.
1908 Henry Ford introduced the Model T car (costs $825)
1916 Oil tycoon John D. Rockefeller became the world’s first billionaire.
1955 James Dean died.
1957 ‘The Bridge on the River Kwai’ was released.
1960 ‘The Flintstones’ the first animated series by Hanna-Barbera mades its TV debut.
1968 ‘Oliver!’ starring Mark Lester and Ron Moody had its premiere in London.
1969 The Beatles released the ‘Abbey Road’ album.

Beth’s mother has three daughters. One is called Lara, the other one is Sara. What is the name of the third daughter?
BETH