This week’s Blog includes a Looking Back at 2020 quiz. Welcome to this week’s WEEKLY BLOG, Packed with additional content to assist quiz hosts, DJs and presenters. This week’s birthdays, featured quiz ‘Looking Back At 2020’, mid-week sport, this week in history, and some of the fab quiz questions that didn’t make it onto this week’s quizzes. Merry Christmas everyone and a Happy New Year.

Here’s something to add to your festive quiz. Ten questions looking back at 2020 and all the best bits. The answers are on the PDF download version of this page (see below)

1.‘I’m A Celebrity… Get Me Out Of Here!’ switched location in 2020 from the Australian jungle to a castle in which country?

2. The world’s oldest living person celebrated which birthday in 2020?

3. In 2020, the government began a feasibility study of a bridge between which two points, with a project cost estimated at £15–20bn?

4. Which Manchester United star followed his free school meals campaign by launching a book club to help children enjoy the escapism of reading?

5. Which Royal married Edoardo Mapelli Mozzi during a private ceremony at the Royal Chapel of All Saints in July? 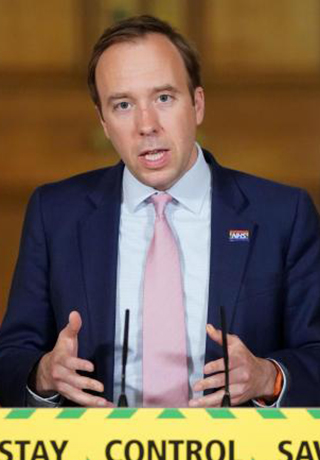 7. Who won the 2020 World Snooker Championship and his sixth world title?

8. In November the Government approved a controversial road tunnel under which site of historical importance?

10. Which country jailed the most journalists in 2020? Was it China, Iran, Turkey or South Africa?

Here’s a few one-liners I picked up this week, if you’re brave enough to use them.

I fancy having a go at bell ringing. Just need someone to show me the ropes.

I just walked into a lamp post, luckily I only have light injuries.

Someone threw a block of cheese at me today, I thought that’s not very mature.

1065 Westminster Abbey in London consecrated.
1894 Manchester Ship Canal in England opened to traffic.
1924 Edwin Hubble formally announced the existence of other galactic systems.
1933 ‘Sons of the Desert’ starring Laurel and Hardy was released.
1958 The European Economic Community was established.
1960 Senator John F Kennedy announced he is to run for the US Presidency.
1964 Donald Campbell set a world water speed record of 276.33 mph.
1965 Ferdinand Marcos became the President of the Philippines.

1967 Ronald Reagan was sworn in as Governor of California.
1967 Leonard Cohen released his debut album ‘Songs of Leonard Cohen’.
1970 Gerd Muller won the European footballer of the Year.
1970 Paul McCartney filed a lawsuit to dissolve The Beatles.
1972 Virginia Wade won the Australian Open, her first Grand Slam title.
1984 Def Leppard drummer Rick Allen lost his arm in a car crash.
1999 Euro currency is introduced in 11 member nations of the European Union.
2016 Ray Davies of The Kinks is awarded a knighthood by The Queen

What was the Beatles song about a Welshman who fixed a toilet seat on a plane?
LOO SEAT IN THE SKY WHICH DAI MENDS

Which occupation has consecutive double O, double K, and double E in its name?
BOOKKEEPER