Weekly Blog – week 20. This weekend it’s ‘Eurovision’ and here’s a FREE Eurovision Song Contest Quiz you can include as an extra round. Welcome to the weekly Blog, available online and as a PDF download that you can print and take with you. It’s packed with additional content to assist quiz hosts, DJs and presenters.

It’s the Eurovision Song Contest this weekend. Here’s a Eurovision Quiz you can include as an extra round. The answers are on the PDF download version.

2     Which dance troupe shot to fame after providing the interval entertainment at the 1994 Eurovision Song Contest hosted by Ireland?

3     Which song won the Eurovision Song Contest for the United Kingdom forty years ago?

5     The UK famously gave ABBA how many points for ‘Waterloo’? 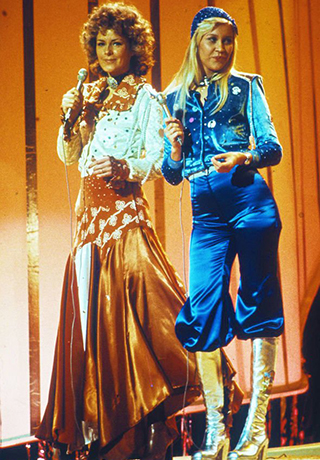 6     What is the maximum duration for a Eurovision song? Is it two, three, four or five minutes?

7     Which pop duo have twice represented Ireland at Eurovision?

8     Which Australian singer represented the UK in 1996 with “Ooh Aah Just A Little Bit”?

9     Heavy metal band Lordi secured a surprise victory in 2006 for which country?

It annoys me no end people who get well-known phrases wrong. I mean, it’s not rocket surgery.

I got my mate an elephant for his room. He said thanks. I said don’t mention it.

FACT: Cows produce more milk when farmers talk to them. It’s in one ear out the udder.

1536 Anne Boleyn, second wife of  Henry VIII, was beheaded at the Tower of London.
1762 Rome’s Trevi Fountain was officially completed.
1894 The Manchester Ship Canal was officially opened by Queen Victoria.
1897 ‘Dracula’ by Bram Stoker was published.
1906 The Wright brothers were granted US patent number 821,393 for their ‘Flying-Machine’.
1929 In Hollywood, the first Academy Awards ceremony took place.
1932 Amelia Earhart became the first female pilot to cross the Atlantic.
1933 The first modern sighting of the Loch Ness Monster.