Happy Birthday Ed Sheeran! This week’s blog post includes an Ed Sheeran quiz to mark his 30th birthday. Welcome to the WEEKLY BLOG, available online and as a PDF download that you can print and take with you, packed with additional content to assist quiz hosts, DJs and presenters.

Here’s one for the Sheerios, Pop megastar Ed Sheeran is 30 this week. Here is a ten question Ed Sheeran round you can add to this week’s quiz. The answers are on the PDF download version of this page (see below)

1     Which of the following is not the title of an Ed Sheeran album? Plus, Minus, Multiply or Divide?

3     In the film ‘Yesterday’ Ed Sheeran recommended that Jack Malik changed the title of ‘Hey Jude’ to ‘Hey… what’?

4     Felix, Nigel, Lloyd and Cyril are the names of Ed Sheeran’s what? Is it brothers, his pet snakes, his garden gnomes or his guitars?

5     Which instrument did Ed Sheeran’s ‘Galway Girl’ play in an Irish band? 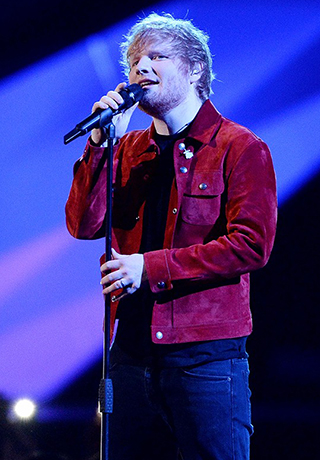 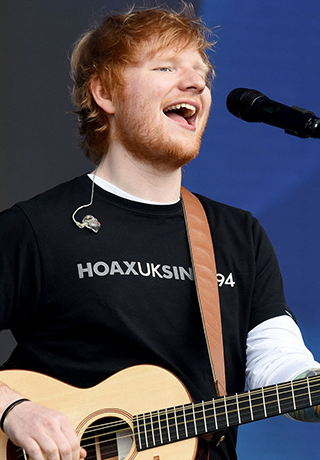 6     Ed Sheeran was born in West Yorkshire but brought-up in which county?

7     Which Scottish singer-songwriter and ex-girlfriend was the subject of the Ed Sheeran song ‘Nina’?

8     Ed Sheeran  collaborated with which singer on her albums ‘Red’ and ‘Reputation’?

9     Ed Sheeran has a tattoo with a spelling mistake. It should read Galway Girl but it actually reads which of the following? Is it Galway Gull, Go away girl, Galway Grill or Calway Curl?

10    How old was Ed Sheeran when he broke his leg in the song ‘Castle On The Hill’?

My friend writes songs about sewing machines. He’s a Singer songwriter, or sew it seams.

I’m in hospital with food poisoning, it’s my own fault, l mistook a daffodil bulb for an onion, the doctors said I would be ok and should be out in the spring.

To the person who stole my glasses, I will find you, I have contacts

1977 Kiss played their first gig at Madison Square Garden.
1984 Jayne Torvill and Christopher Dean won Olympic gold in the ice dance in Sarajevo.
1985 Whitney Houston released her self-titled debut album.
1985 ‘Eastenders’ made its TV debut.
1986 The Soviet Union launched the Mir Space Station.
1998 The Angel of the North, a large-scale steel sculpture was installed at Gateshead.
2002 Westlife had their tenth No.1 with ‘World Of Our Own.’
2002 Joan Collins married Percy Gibson at Claridge’s Hotel in London.
2005 A ban on hunting came into force.
2005 YouTube was launched by a group of college students.
2013 Oscar Pistorius was charged with the murder of Reeva Steenkamp.

Here are a few that made me laugh but didn’t  make it on to this week’s quizzes and were left on the cutting room floor.

What do you give an Elephant with diarrhoea?
PLENTY OF ROOM

Which blood type causes the most mistakes in hospital?
TYPE-O

How do you keep an idiot in suspense?