WEEKLY BLOG wk41. This week there is a gab James Bond Quiz to throw in as an extra round. Welcome to WEEKLY BLOG, available online and as a pdf download that you can print and take with you. Packed with additional content to assist quiz hosts, DJs and presenters.

Here’s a fab James Bond Quiz you can include as an extra round. The answers are on the PDF download version.

1      Which Bond character delivered the line ‘I think he’s attempting re-entry sir’, that was recently voted the favourite innuendo by 007 fans?

2     Which Bond Girl shares her name with a gaming piece and a fast food chain?

3     Following the death of Sean Connery in 2020 who is currently the oldes living actor to play James Bond in the film franchise?

5     Over which city did James Bond fight with the metal toothed villain Jaws on the roof of a cable car? 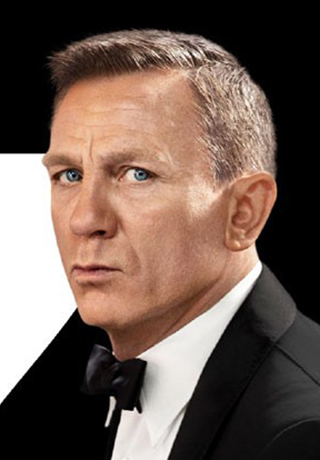 6     In how many films did Pierce Brosnan star as James Bond?

7     What type of gadget, with a built-in electro magnet powerful enough to deflect bullets, did 007 use to un-zip a dress in ‘Live And Let Die’?

8     Which former agent left the field to become M’s assistant?

9     After saying ‘never again’, who made a return as James Bond in ‘Never Say Never Again’?

10    ‘Oddjob’ was the henchman of which Bond villain?

Due to the fuel shortage some parents have been forced to walk their kids 300 yards to school.

So what if I don’t know what “Armageddon” means? It’s not the end of the world.

My first girlfriend worked in a petrol station and when we broke-up it broke my heart. Even now I can’t drive past it without filling up.

1810 Munich held the first Oktoberfest.
1884 Greenwich in London was established as the universal time meridian of longitude.
1915 The Ford Motor Company manufactured its 1 millionth car at the River Rouge plant in Detroit.
1923 Disney Brothers Cartoon Studio was founded.
1947 Chuck Yeager became the first person to exceed the speed of sound.
1957 A fire at the Windscale nuclear plant in Cumbria became the world’s first major nuclear accident.
1964 China detonated its first nuclear weapon.
1968 Jim Hines became the first man to run the 100-meter sprint in under 10 seconds.
1968 The Olympic Games opened in Mexico City, the first to be held in Latin America.
1968 NASA launched Apollo 7, the first successful manned Apollo mission.